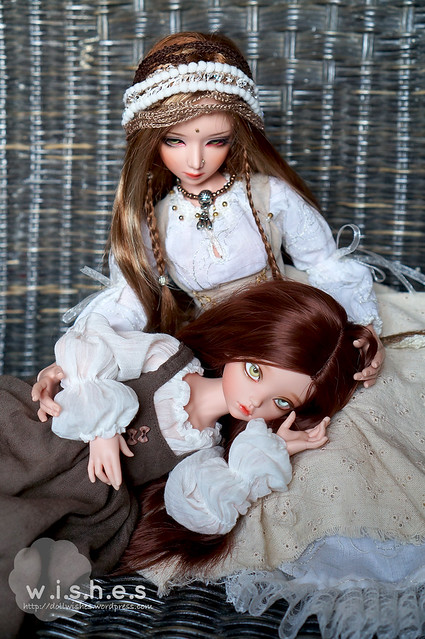 Anouk and Padma are cousins and are really close.

Anouk is currentely 12-13 years old and is the only daughter of the younger sister of Padma’s mother, who left the Dorani camp to marry a Citizen (an outsider) and therefore cut all relationship with her family. There is a lot of prejudice between the Dorani (the Nomads) and the Citizens and therefore their marriage was really polemic. When her mother died during the birth of her second child who was a stillborn, Anouk’s father didn’t know what to do with her, since there was so much prejudice against her being of a mixed marriage that he brought her to Padma’s family hoping for a better future for her. She was 10 and that is how she came to live at the camp.

Padma immediately liked the little girl and seeing that she also was blessed by the Healing talent made her decide to take her as her ward and tech her the knowledge of the family. Anouk started helping Padma out during her rounds and her travels, making medicines and curing patients.

Anouk is still getting used to living with the Dorani, and though she really feels at home she still has a lot from her years living in the City. She is a shy sweet girl and therefore also hard to notice. But Padma protects and loves her as if she was her real sister. 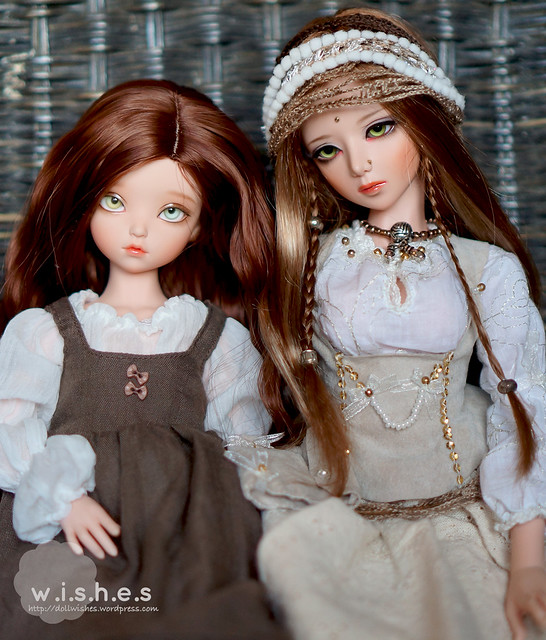 Finally I was able to take some pictures of this girl new look 🙂
Her character is still in stand by though because I am trying to decide what I want from her and also I am waiting on some stuff I ordered for her.
She is so adorable though, I love how she looks now!!!

Since you might have read in my previous post I just bought an Another Space 43cm Peanut at LDoll Festival. She is not yet read for her official presentation (I will make another post on her character) but many people have been asking me about her body so I decided to make a post about it. Like I said before: I like her body quite a lot, it is simple and single jointed but very sweet and well made (i am quite picky about hands and feet design and I must say they are great!). For a single jointed body she poses quite well, better than my Narae, but I am considering sueding her arms to get some more range of montion. She stands well on her own, she is very sturdy and stable

Here are some pictures of her  in simple poses, so that you can get an idea of how it looks like. She is normal skin and has the factory face-up, in case you are wondering 🙂 Enjoy!

END_OF_DOCUMENT_TOKEN_TO_BE_REPLACED

I decided to finally sell some doll stuff I don’t need/use since I am in need of some dolly funds! (especially since there is a new girl coming in: updates on her soon hehe 🙂 ) Most of this stuff is new, or barely used because I bought them and they don’t fit or just are not the style of my dolls. Feel free to email me or leave a coment here if you are interested 🙂