Hello everyone!
No, I have not been kidnapped or left the hobby, I am still here! I know it’s been an eternity since I posted anything at all (almost 6 months). I have had moments where I thought about posting, but at first there was so much happening and no certainties, making me uncomfortable to make any announcement without knowing for sure what was going to happen. And after a while when everything seemed to be taking a direction, I still didn’t have time or energy to do a lot with dolls, there were to many other things to think about. I am really sorry for not keeping everyone here updated though… and that is the main reason why I decided to post today.

If you follow me on YouTube you probably know what has been happening (I kept posting some updates over there, even if not very often), but I will let you know really quickly why I disappeared from my blog. Basically, it started when in March my boyfriend (with whom I lived) had to move to a new city because of a job. Since we weren’t sure if it would just be temporary or not, we decided to give it some time before we took any decisions and therefore we started living apart in two different cities and seeing each other only on weekends. My job is really demanding currently and I get home exhausted during the week with close to no energy to dedicate to the hobby. And this situation obviously made me want to spend most of my free time (and also only possible doll time) with my boyfriend. Therefore I started doing doll-related things rarely and sporadically, and I basically reduced the time I dedicated to the doll communities. I make videos sometimes because, for me, they ended up being an easiest way to update my doll friends and followers on what is going on, since it is so much faster than writing. Don’t get me wrong, I still play with my dolls and plan stuff for them or make projects, but since I don’t have a lot of time it is not as “intense” as before.

The good news is that everything worked out for my boyfriend and I recently found a job close to him myself,  so I am going to be moving there in the middle of October, which is very soon! 🙂 We started moving and packing in August and unfortunately most of my dear dolls are currently in storage waiting for me to move definitely… this is sad but it is for a good cause and I am really excited about the changes going on! We will have a new apartment that will be much bigger than my current one, we will also have space dedicated to my dolls and maybe even a crafting and a photo space. YAY! I always wanted that! 😀 I also hope that this change will help me dedicate more time to the hobby, to my doll projects (I have so many pending for multiple reasons) and to the online community, because I miss you guys and I miss posting about my dolls!!!

First of all I got a new SD boy in the end! He got here last week and he is awesome!!! He is a Migidoll M-Style Yujin on the new BNB 16th Body ❤ He is currently naked just because I didn’t really prepare much for him and the stuff I got either didn’t work or didn’t fit. I will let you know soon – when he is finally dressed (probably after I move) more about him and his story. But he will be part of my SD story: The Travellers.

The other surprise, also for me since it was a completely impulse buy, is that I got a new SD doll that I have wanted for quite a while but never justified getting: a Supiadoll Rosy! I had this dream about a new character that could be part of Ophelia’s world and I was quite intrigued by her. When I found this doll on the DoA Marketplace I just had to get her for this character, she really spoke to me! So that happened and she got here last week. YAY! Like my new boy she is still lying around in improvised temporary looks since all my doll clothes and things are currently in storage… but I am so happy about them 😀

Here is a quick and dark cellphone picture of the two together (you find their BO’s on my Youtube channel): 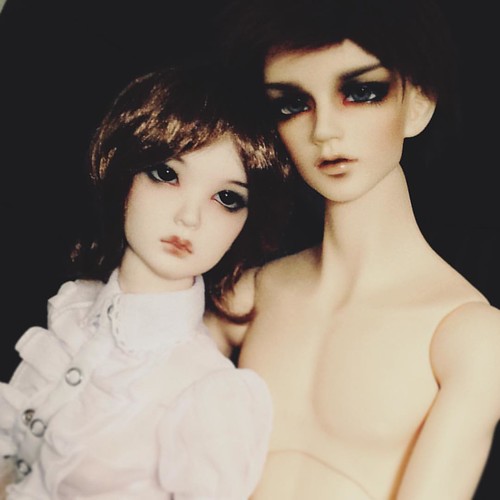 I also got a new  Azone: Pureneemo Character Series Movie K-ON Hirasawa Yui and a Ruruko Doll: the Dreaming (YUMEMIRU) version (details and presentations in another future post)! Which is quite big since I have wanted a short-haired Azone and a Ruruko for sooooo long! You find their arrival videos on my Youtube channel if you like 🙂

And I guess those are the biggest news that happened lately! Hopefully I will let you know more soon, probably when I move and manage to move and organise stuff at home enough to take out the doll stuff. Meanwhile feel free to follow me on Youtube (I am wishes over there), I post videos over there most of the times I have updates, even if not as often as I would like to…

Have a wonderful end of the week and see you soon! ❤

Yup, I got a new unexpected doll 🙂 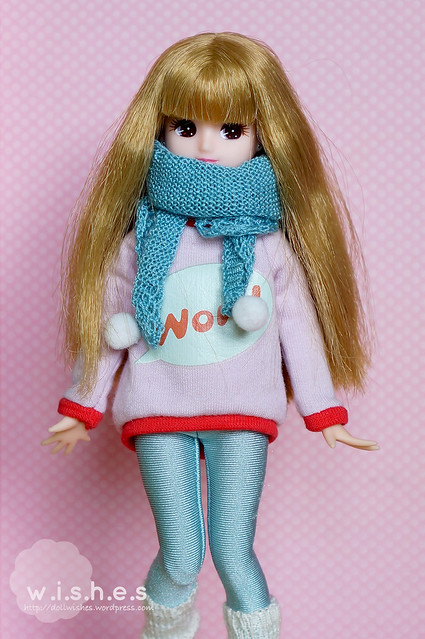 Lily is a Licca head on a Pure Neemo XS body. I found her head for about 3 Euros on Ebay last week, she was second hand, her hair was a bit all over the place and she didn’t have her earings but she was in quite good condition nonetheless. And for such a low price (plus free shipping!) I had to get her!

Then I got her body also for a great price so I was totally happy about it. When I got her I combed her hair and gave her some earings and put her together with some random clothes I had that are a bit snug on my other girls (on the S and M bodies), but I never thought I would fall so head over heels in love with such a doll, but the truth is I simply ADORE her! I love her face and expression, her proportions and even her big hair. 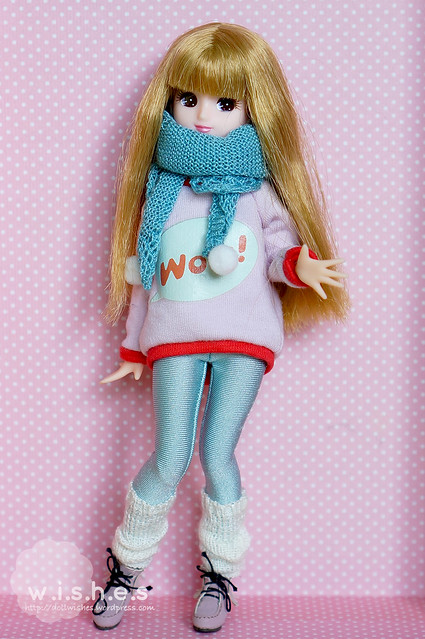 And here she is together with my other Pure Neemos: 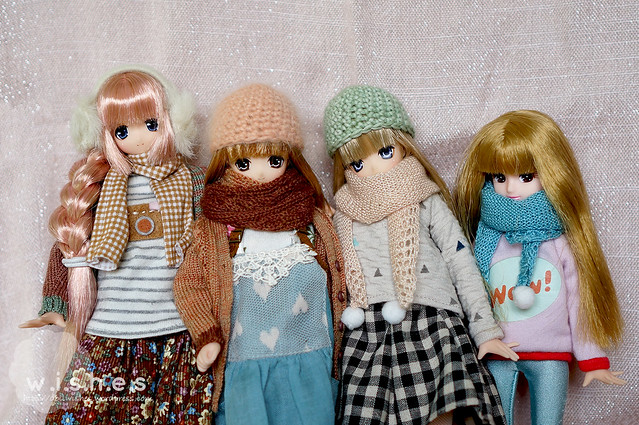 I hope you like her as much as I do ❤

My pinked haired princess is here! 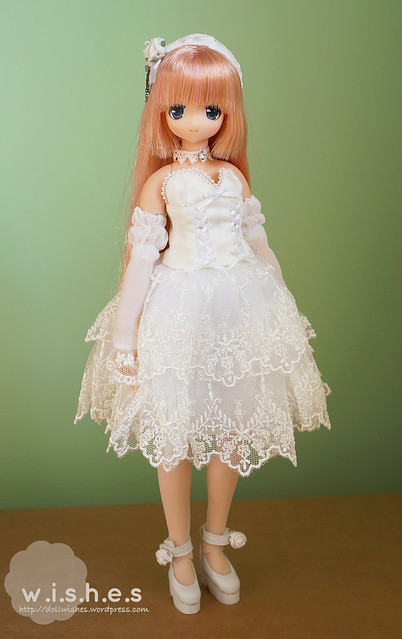 My new Sahras a la Mode Alisa Nostalgic Story Limited! Surprisingly this beauty arrived home on Friday! The shipping was super fast, since she came from Japan and the shipping option was not the fastest I expected her to take 2 weeks but she got here in less than a week: that was awesome! She is perfect, new and never opened and at the awesome price I payed for her (I didn’t know if she was second hand). She is not on the flection body like my other girls, but that’s ok, as bodies are not expensive, so I got her a new M flection body, that I am still waiting on.
Oh, and her fullset is so amazing! The details are awesome: I especially love her headband. And don’t get me started on her amazing gorgeous pink hair ❤ 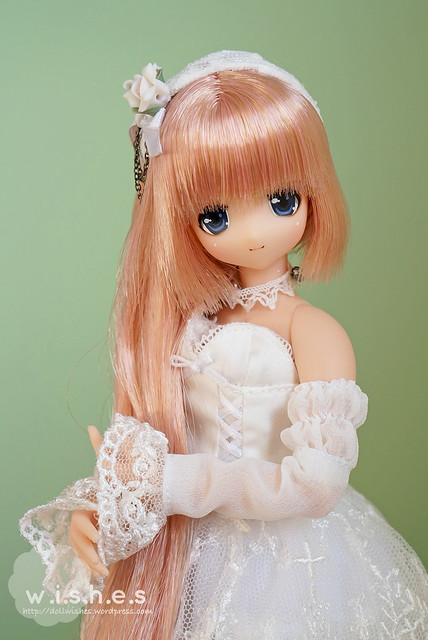 And here is she with the rest of the crew: 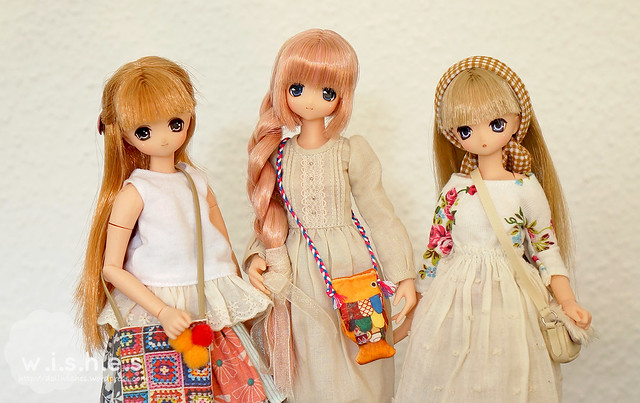 I love how these girls look together, I also decided to change their story a bit and their names! Please meet (from left to right) Emi (who used to be Haru), Hana and Mia. Emi is the lively, playful colorful girl, and she has the spirit of the wolf in her (she can also turn into one). Hana is a sweet and calm girl, she is like the big sister of both the girls, and she can communicate plants and animals, and feel their moods. Mia is a shy a frightful girl, who is very girly and has the spirit of the cat in her (she can turn into a cat). More on them soon 🙂 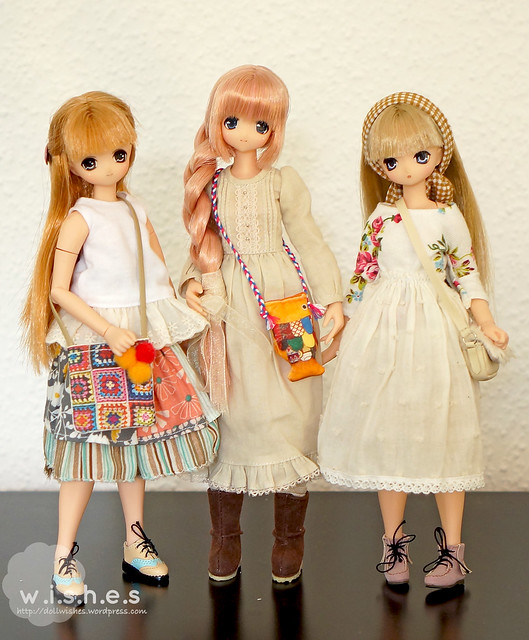 My little Azone family feels complete now! I wanted a pink haired girl for so long, and I am glad she is different since she is on the M body. I might only buy someone else if I go for a short haired girl (i love short haired Azones) on the XS body, but will see! Currently I am waiting for new stuff for these babies, shoes, clothes and props! Can’t wait to spoil them ❤

Guess who is coming home? I found this girl at an awesome price, and I have wanted a pink haired azone for so long (to complete my Azone collection) and I managed to get her! She is the Sahras a la mode/ Alisa Nostalgic Story Collection Limited Version, and quite hard to find and I love all about her: the hair, the face, the fullset! I can’t wait for her to be home, even if it might take a while ❤ And officially my Azone collection is complete! 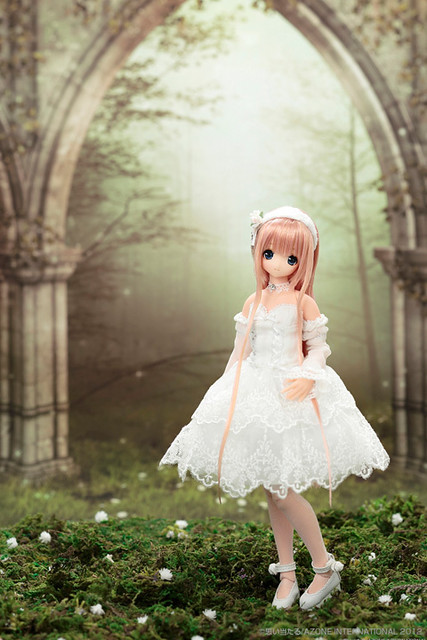 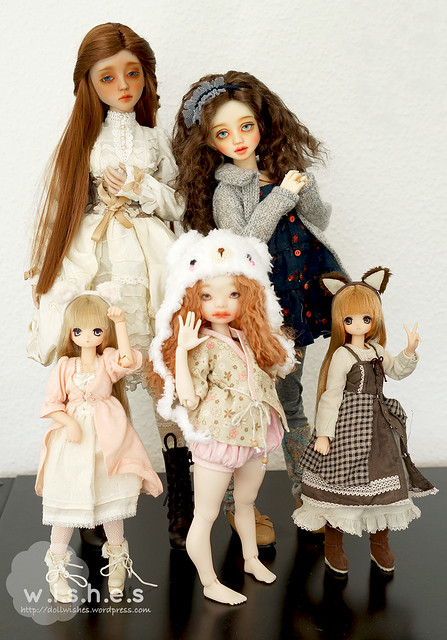 I haven’t had much time lately (as I suspected) and I have been catching up with Flickr and Youtube and the whole dolly community (its going to take a while…)
But, I wanted to share something with everyone: the dolls that came with me on my new adventure in Germany 🙂
As you might know, I couldn’t bring all of my dolls with me, at least for now…(I miss them soooo much though). It was hard to leave the others behind and it was not an easy decision, but I had to choose…
Here they are: Arya, my Narae Dreamer, because she has been inspiring me so much lately, with her story and as a doll; Serena, my Unoa Lusis Hybrid, because I wanted to bring a casual MSD with me apart from Arya (casual is so much more relaxing) and she is one of my most recent dolls, so I wanted to explore her new self and get to know her better; and finally Lusine, my Dust of Doll Meel, because she is the cutest thing ever and also so much fun (and also small). Then I brought my PureNeemos, just because they are easy to deal with and so portable, so I said: why not?
So this is the small family at the moment, and I am currently waiting for Pandora my Minifee Rin, that should get here this month (according to Wind Dolls). I also have some plans for new dolly stuff…especially for the new girl, but it will be a calm period with no big buys or news because I am kind of short on funds :S
I will keep you posted! And will try to catch up as soon as possible 😀